London Bridge is down.

According to a statement from Buckingham Palace, The longest-reigning British monarch, Queen Elizabeth II, passed away on Thursday at the age of 96. She has served the crown for 7 decades as the queen of Britain.

The queen died at Balmoral Castle, her beloved summer home in the Scottish Highlands.

Many of her four children, eight grandkids, and twelve great-grandchildren, including her son Prince Charles, the heir to the throne, were in Balmoral or en route there.

Following her father’s passing, King George VI, young Elizabeth took the throne in 1952. Her reign saw the decline of British dominance in different parts of the world and endured royal scandals and international turmoil. The monarchy was modernized by her while she was serving the crown. It is a moment of great loss and a critical moment for Britain that is both unmatchable and unquantifiable.

Buckingham Palace has released an official statement: “The Queen died peacefully at Balmoral this afternoon. The King and The Queen Consort will remain at Balmoral this evening and will return to London tomorrow.”

The Queen died peacefully at Balmoral this afternoon.

The King and The Queen Consort will remain at Balmoral this evening and will return to London tomorrow. pic.twitter.com/VfxpXro22W

Prince Charles the heir to the throne immediately became King upon the death of his mother, Queen Elizabeth II. The Queen had already begun to delegate some of her duties to Charles this year as her health deteriorated for which she had to postpone events like the State Opening of Parliament.

Prince William and Charles have both been giving the Queen’s agenda precedence over their own. The Queen delegated her sovereign power to both of them when they were both activated as Counsellors of State, and they were both required to be significantly more readily accessible for those responsibilities. 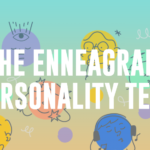