Jean-Luc Brunel, a French modeling agent who allegedly procured over a thousand women and girls for his pedophile financier friend Jeffrey Epstein to sleep with, died today in an alleged prison suicide.

According to the reports from French daily newspapers Le Monde and Le Parisian, the accused fashion agent was found hung in his prison cell at La Santé in Paris last night.

Brunel, 76, was arrested in December 2020 on charges of rape and sexual assault of minors, including three 12-year-old sisters. One of the victims, Virginia Robert, accused Burnel of procuring over a thousand women and girls for Epstein to sleep with.

He was awaiting trial in France for raping minors. He was also being probed over human trafficking and being part of a criminal conspiracy amid his association with Epstein and Ghislaine Maxwell.

The news of his death comes days after Prince Andrew, agreed to settle Virginia Roberts’s lawsuit accusing him of sex abuse after they met through Epstein and Ghislaine Maxwell.

Brunel’s reported hanging has sparked fresh conspiracy theories about the Epstein case, as Jeffrey Epstein was also found dead in prison while awaiting prosecution, according to officials.

Prosecutors said an investigation into the causes of death has been opened after he was found overnight.

It is reported that he was found dead at around 1 am during a night check by prison guards.

Brunel always denied any wrongdoing and was being held in custody until a criminal trial on a date to be fixed.

The rape of a minor is punishable by up to 15 years in prison in France. 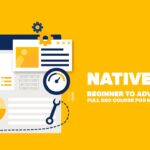