A shoot-at-sight has been issued in parts of Northeast Delhi, ANI reported, quoting Delhi Police sources. News agency ANI had earlier said that no such order was in place.

The anti-CAA protesters have vacated the road outside Jaffrabad metro station, where they had launched a sit-in since Saturday night, Delhi Police added.

The protests against the Citizenship Amendment Act (CAA)  have taken a violent turn in northeast Delhi since Saturday which has now claimed at least 22 lives including a Head Constable of the Delhi Police on Monday. More than 180 injured in the Indian capital due to mob violence in the last 24 hours. Shops were burnt and rioters wearing helmet and armed with sticks and rods were on streets in Bhajanpura, Chand Bagh and Karawal Nagar in northeast Delhi, which saw clashes between protesters for and against the controversial citizenship law spiral into unprecedented violence in the capital yesterday. Rioters set afire to shops and pelted stones on Tuesday evening. Over 6,000 police and paramilitary personnel have been deployed. This evening, police resorted to using tear gas shells in Chand Bagh to control the clashes.

All of this is happening when President Donald Trump is on a state visit to India.

Meanwhile, US President Donald Trump said he held talks with Prime Minister Narendra Modi over "religious freedom" in the country.

Talking about the violence in Delhi over the CAA, Trump said, "The PM said he wants people to have religious freedom. They have worked really hard on it. I heard about the individual attacks but I did not discuss it. It is up to India." 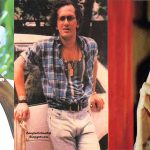 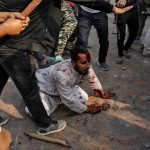